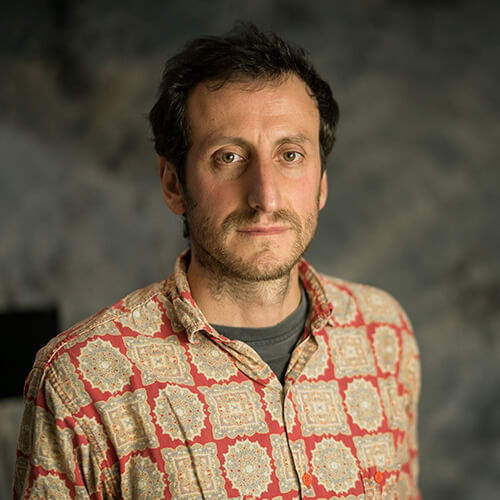 Alejandro Gallo Bermúdez is an Argentinean audiovisual director who graduated from the University of Buenos Aires with a degree in Image and Sound Design. He has worked as a director and screenwriter for major platforms, such as HBO, Discovery Channel, Universal, Sony, History Channel, Canal 13 and Telefé. He wrote and directed numerous short films, which won awards both nationally and internationally and were selected in prestigious festivals such as Mar del Plata, Buenos Aires (BAFICI), Cannes, Valdivia, Chicago and Zaragoza. His first feature film, Encandilan luces (2019), premiered at the Mar del Plata International Film Festival and was selected at important festivals such as the Lima Film Festival in Peru or the Viña del Mar International Film Festival in Chile. It won several awards, including best film at the 2019 Entre Ríos International Film Festival, and was also nominated for the Silver Condor award (granted by the Argentine Association of Film Critics) for best documentary of 2019.

El corazón es un músculo errático — Mavi is a creative teenager searching for her place in the world amidst the erratic life provided by her mother, Sonia, a demanding bodybuilder at the peak of her amateur career in the prejudiced northern Argentina of the 1990s. As an important contest approaches, the fragile bond that unites them seems on the verge of collapsing.