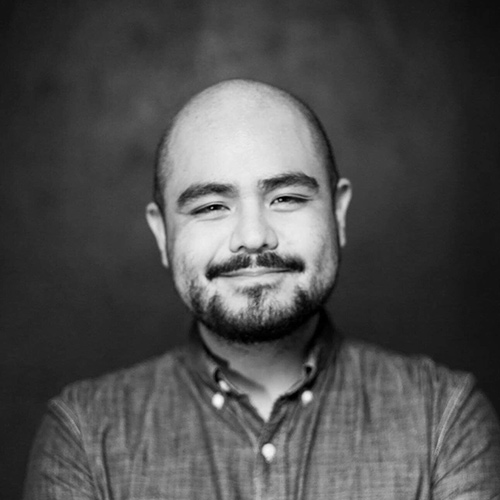 Originally from Mexico, José Fernando García Cuevas holds a B.F.A. in Film and Television from the Academy of Art University of San Francisco, California. He is the director of contrasentido.mx, a digital platform focused on cultural journalism and outreach, and the founder of Estudio Teorema, a studio focusing on promoting cultural activism. José Fernando currently works as content programmer for two training programs at the Guadalajara International Film Festival — the Talents Guadalajara, organized in collaboration with the Berlinale Talents of the Berlin International Film Festival, and DocuLab Guadalajara, a lab for documentaries in post-production. His awards and recognitions include the Emerging Film Critic award from the International Federation of Film Critics—FIPRESCI (2009) and the Proyecta Industrias Creativas award from the Department of Culture of the Government of Jalisco (2016). In 2016, he was appointed councilor for film and video in the Guadalajara Council for Culture and the Arts.